Golfzoo – “Why hyper-targeted marketing matters: How Golfzoo generated over $1.5 million in quotes and saw their highest grossing month in history”

Golfzoo is the only national golf vacation company that has their golf vacation specialists in the destination they service. Their expert, local advice allows people to find the best golf destinations around the US. Golfzoo specialists ensure service support during planning, booking, and during the vacation. In addition, their package rates will always be lower than the cost of planning a trip by yourself. Offers include all of the top destinations in the US from coast to coast, as well as international destinations including Europe, Mexico, Canada, and the Caribbean.

Golfzoo has and amazing team of salespeople, and closing deals is one of the areas in which they shine. The skill of their staff and the expert knowledge that they have translates to high conversions rates once a prospect is on the phone. The largest challenge was reaching the 95 plus percent of people who had shown interest in Golfzoo or visited their website but never converted. Golfzoo realized the immense value present in this group of people who had already shown interest in their service in one way or another. They needed a way to efficiently reach these people and bring them back to convert. 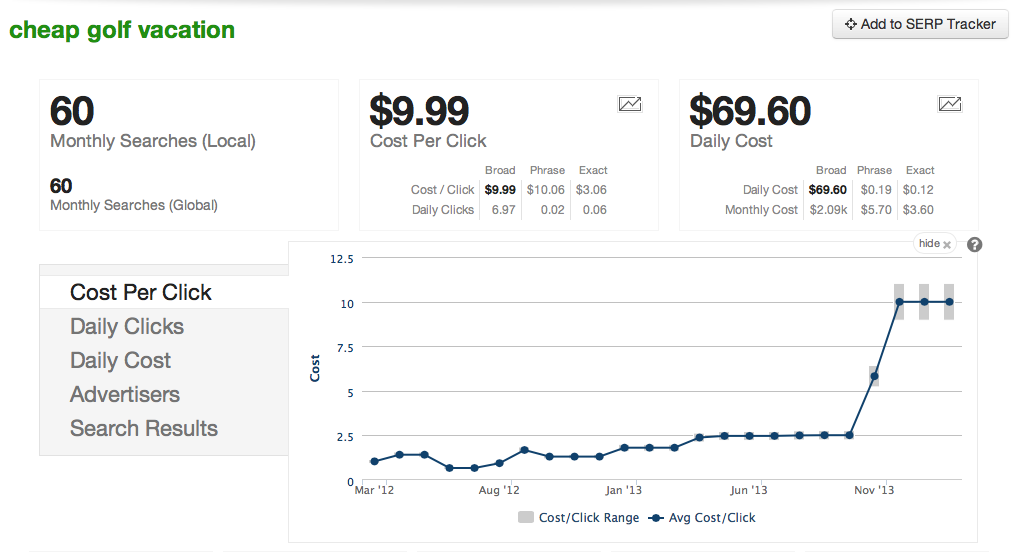 When Golzoo found Blue Wing, they found their solution. An interactive ad campaign in which Golfzoo’s selling points were displayed in an enticing way to their section of non-converting traffic was exactly what they needed. The continuous optimization of a laser-targeted interactive campaign helped Golzoo reach the most valuable prospects efficiently.

Golfzoo saw, on average, a 300 plus percent return on their investment. They recorded their highest grossing month in history as well. Because Blue Wing runs, manages, and optimizes the campaign entirely on their behalf, Golfzoo saw a more efficient marketing spend and increased sales volume, all while saving valuable time. In addition, the millions of rich media ads that were shown to qualified prospects undeniably helped increase brand awareness and solifidy Golfzoo as a major player in the field.

You have probably found, as most businesses do, that the click prices on the major networks like Google Adsense, Facebook, and Yahoo!/Bing are just too high to advertise profitably. At the same time, you cannot count on unknown alternative networks to deliver you reliable, converting traffic. That’s where Blue Wing Ads comes in.

We create and manage the entire campaign for you, providing you traffic from custom audiences, at the lowest prices. This gets you in front of more prospects, at a lower cost, guaranteed! To speak one-on-one with one of our experienced online marketing consultants about how Blue Wing Ads can grow your business, contact us today.